All matter can be explained with our understanding of energy. Everything is energy.

For decades, a new awareness is arising: We are moving into the information society. Worldwide, the use of computers has spread. Even in Africa's rural areas, the use of smartphones has become normality. Personal computers did not exist only a few decades ago. Now, a global coverage of information systems is near. IT (information technology) is becoming the leading element in our daily lives.

The digital revolution is an epic step in evolution, maybe the most significant step for thousands of years.

Philosophy has a job again: Information ethics is a burning topic. We need to define how IT treats humans.

In the beginning was the Word.

Let's have a closer look on the nature of information:

Back to the fundamental question here: What is reality made of? Information or energy? Matter or consciousness?

Some conclusions: Reality is made of energy. Some, or all, energy is information as well. We know that observations exist on planet Earth but we do not know if everything observed is just an illusion created by some god. We will never know until such a god unveils it.

Understanding yourself means understanding the eternal and vice versa. We are observers made of energy. The eternal is the only absolutely real thing without any doubt. I am personally not interested in illusions and gods between me and the eternal.

Humanity needs IT that helps to overcome stupidity!

We are observers, capable of observing useful knowledge and wisdom. We are creating realities within our minds. Observing does model the outside world within us. Each of us carries a worldview. It's stupid to live with a stupid worldview. If we do not have a holistic understanding of reality and ourselves, we are stupid beings. We are usually not fully responsible for our stupidity. A lot of media exists with the mission to leave consumers even more stupid than before.

A stupid consumer is better than a wise one, the former asks less and buys more.

Computers beat humans by far in:

Computers are great tools, if they are build well and good software is running on them, offering useful applications.

Here, you find information about information. Especially about good information technology that helps us to observe more and deeper wisdom. Find out about my long time project called EXALOT. Be informed and inspired!

EXALOT is a language. Made for people to express any kind of fact, question, or story. It is a universal computing language, a liberation of information.

Goal:
To bring people and institutions together who share the motivation to use Data for Common Good / human wellbeing

Forget everything you have heard so far about the 'digital revolution'. New Economy, Web 2.0 and mobile Internet were just the beginning. In the next few years, the Internet will fuse with our surroundings to create something totally new: a 'super convergence' of networked everyday objects, intelligent sensors, autonomous machines and computers that can be accessed from any location. This next wave of digital transformations will change our daily lives, create new  markets and become a game-changer for businesses. Welcome to Connected Reality.

The overall vision of the Data Activity is that people and organizations should be able to share data as far as possible using their existing tools and working practices but in a way that enables others to derive and add value, and to utilize it in ways that suit them. Achieving that requires a focus not just on the interoperability of data but of communities.

Participatory Computing for Our Complex World. An EU-Project.

The ultimate goal of the FuturICT project is to understand and manage complex, global, socially interactive systems, with a focus on sustainability and resilience.

The Semantic Web provides a common framework that allows data to be shared and reused across application, enterprise, and community boundaries. It is a collaborative effort led by W3C with participation from a large number of researchers and industrial partners.

The entry point to the growing ecosystem of linked open vocabularies (RDFS or OWL ontologies) used in the Linked Data Cloud. Here you will find vocabularies listed and individually described by metadata, classified by vocabulary spaces, interlinked using the dedicated vocabulary VOAF.

The Open Definition sets out principles that define “openness” in relation to data and content.

It makes precise the meaning of “open” in the terms “open data” and “open content” and thereby ensures quality and encourages compatibility between different pools of open material.

Artificial intelligence (AI) will transform the world later this century. I expect this transition will be a "soft takeoff" in which many sectors of society update together in response to incremental AI developments, though the possibility of a harder takeoff in which a single AI project "goes foom" shouldn't be ruled out. If a rogue AI gained control of Earth, it would proceed to accomplish its goals by colonizing the galaxy and undertaking some very interesting achievements in science and engineering...

Open Knowledge is a worldwide non-profit network of people passionate about openness, using advocacy, technology and training to unlock information and enable people to work with it to create and share knowledge.

They want to see enlightened societies around the world, where everyone has access to key information and the ability to use it to understand and shape their lives; ...

Abstract: A number of those actively involved in the physical sciences anticipate the creation of a unified approach to all human knowledge based on reductionism in physics and Platonism in mathematics. We argue that it is implausible that this goal will ever be achieved, and argue instead for a pluralistic approach to human understanding, in which mathematically expressed laws of nature are merely one way among several of describing a world that is too complex for our minds to be able to grasp in its entirety.

They convene world-class experts to collaborate, incubate, nurture and mentor new ideas, and promote innovation. They enable anyone to learn and engage with open data, and empower their teams to help others through professional coaching and mentoring.

School of Data works to empower civil society organizations, journalists and citizens with the skills they need to use data effectively in their efforts to create more equitable and effective societies.

The American Civil Liberties Union (ACLU) expressed concern regarding the ability of IoT to erode people's control over their own lives. The ACLU wrote that "There’s simply no way to forecast how these immense powers -- disproportionately accumulating in the hands of corporations seeking financial advantage and governments craving ever more control -- will be used. Chances are Big Data and the Internet of Things will make it harder for us to control our own lives, as we grow increasingly transparent to powerful corporations and government institutions that are becoming more opaque to us."

Web Intelligence (WI) has been recognized as a new direction for scientific research and development to explore the fundamental roles as well as practical impacts of Artificial Intelligence (AI) (e.g., knowledge representation, planning, knowledge discovery and data mining, intelligent agents, and social network intelligence) and advanced Information Technology (IT) (e.g., wireless networks, ubiquitous devices, social networks, wisdom Web, and data/knowledge grids) on the next generation of Web-empowered products, systems, services, and activities. It is one of the most important as well as promising IT research fields in the era of Web and agent intelligence.

Organizations need the right information at the right time to make accurate decisions and to optimize business processes.

Yet the role of information, and the way an organization’s employees interact with that information, is rapidly changing.

An international non-profit, non-governmental organization that promotes and defends freedom of information and freedom of the press. The organization has consultant status at the United Nations.

ScraperWiki is a web-based platform for collaboratively building programs to extract and analyze public (online) data, in a wiki-like fashion.

Pluralism is the thinking of many, many entities, many perspectives, many subjects, many of everything. Being open means being open for many.

In information theory, pluralism can be derived from pairs connected to each other. (e.g. B-tree)

The Shuttleworth Foundation is a small social investor that provides funding to dynamic leaders who are at the forefront of social change.

The Foundation prefers to take its funding off the beaten track so to speak. They look for individuals and ideas that are not yet accepted in the mainstream, that challenge the status quo and bring a different perspective to addressing social challenges.

This academic organization exploits semantic technologies to address the various challenges associated with communication and collaboration at large scales. They acknowledge that these challenges include technical, social, policy and economic strands and thus their approach uses a hybrid combination of research, technology creation, exploitation, networking, dissemination, education and standardisation. 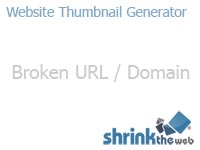 The vision of the Digital Enterprise Research Institute is to be recognised as one of the leading international web science research institutes interlinking technologies, information and people to advance business and benefit society.

Software is more than obscure computer code. It’s an art form: a meticulously-crafted literature that enables complex conversations between humans and machines. From FORTRAN to sophisticated programs in use today, discover the technology, creativity, hard work, and technique behind these elegant languages. Software pioneers share their stories.

Openly Local is a new project to develop an open and unified way of accessing Local Government information.

So far we have opened up data for over 140 local authorities, and more are being added every week, with more information being opened up too.

MarkLogic is a document-centric, schema-agnostic, structure-aware, clustered, transactional, secure, database server with built-in search and a full suite of application services. Take a closer look at the underlying technology that makes it possible to pack all of this into one powerful platform.